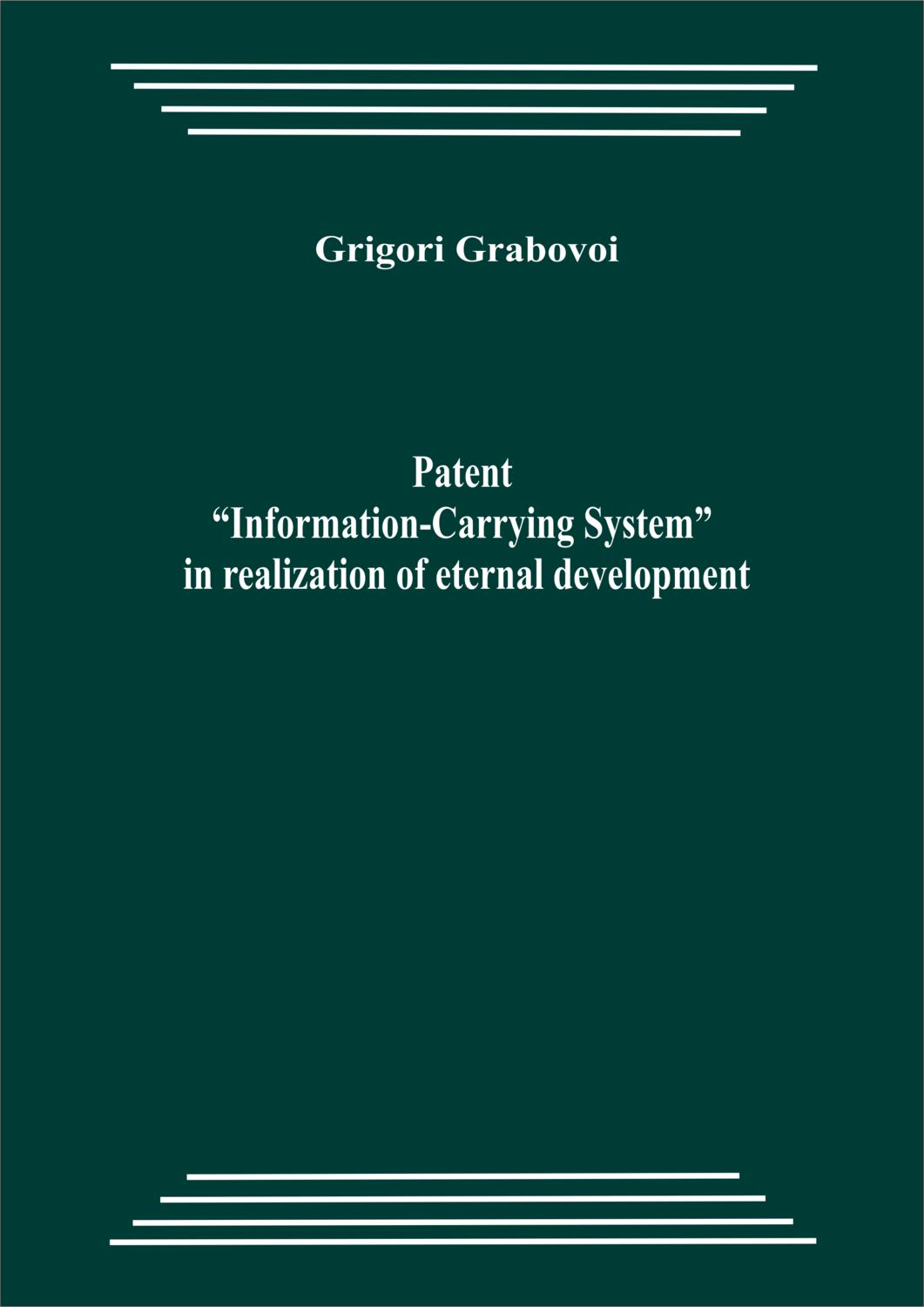 The system of conversion of thought into luminous radiation, which appears during thinking and concentrations in the process of use of the works of Grigori Grabovoi, for transfer of information for the purpose of normalizing control and training, is protected by patent for invention of Grigori Grabovoi “Information-Carrying System”. The patent specification mentions that “It follows from the theory of wave synthesis and laws of quantum mechanics that a thought converted into radiation can simultaneously have two quantum states”. “The declared information-carrying system works in the following way. Man, who generates thought, acts as an operator (is not indicated), that transmits information.” Thus, transfer of data with the help of thought to any system has been patented out. This makes it possible to direct normalizing radiation of thought, formed by the works of Grigori Grabovoi in the field of organism and environment, into the field of eternal development and to create eternal life in this way.