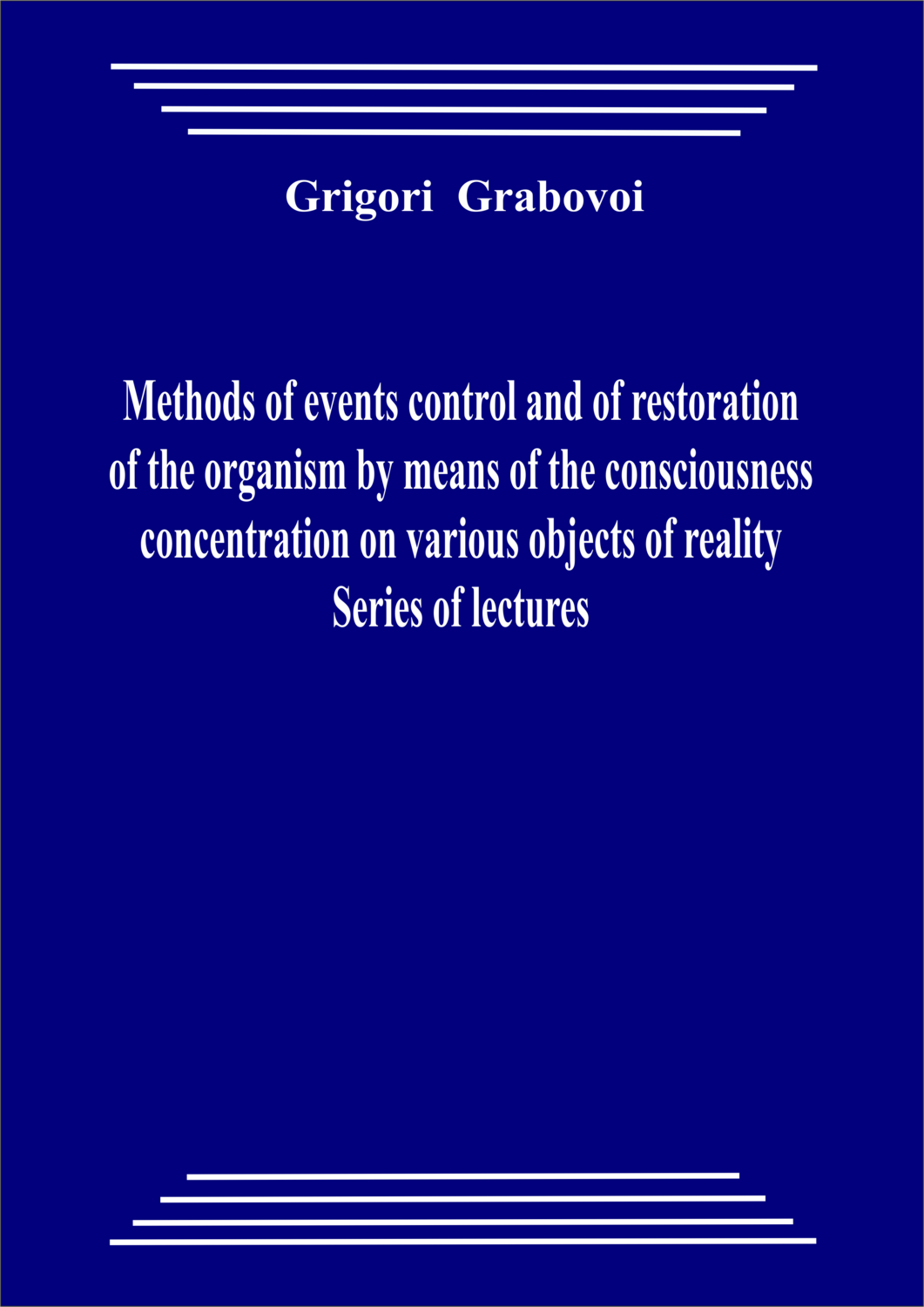 Methods of events control and of restoration of the organism

The work «Methods of events control and of restoration of the organism by means of the consciousness concentration on various objects of reality. Series of lectures» was created by Grigori Grabovoi in 2002

This method of control includes the following: you use control by means of words, phrases, as well as control by means of forms.  So, the principle consists in the following: words due to maximal highlighting of the area of control transform to a form and further on control in exercised the form.  As a matter of fact, this is increasingly abstract organization of information.  Therefore, the meaning is such that you construct the aim of control as if before you, and implement the construction in such a way that you close the constructed phrase, may be even several sentences, close into a kind of a circle.  Herewith the area of my Teachings that corresponds to prevention of possible global catastrophe and exactly to guaranteeing increasingly eternal harmonious development, this area is again at the beginning of the symbolic system of the record, and at the end.  In other words, if there is a letter at the beginning, then this is the first letter; if there is a point at the end, then this is the point; if there is no point, this is the last letter, for example, in the sentence.